Blog Tour – The Mirror of Pharos by J S Landor 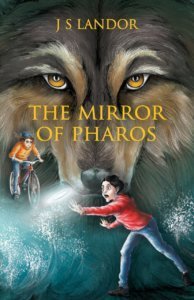 When we are invited onto the blog tour for this fabulous book, we were really excited.  Ollie did a project on Pharoahs at school last term and when he saw that the Bookbag compared it to an early Harry Potter book, he was definitely up for reading it as that’s his project for this year, so it was quite exciting.   He even took it into school to show his teacher.

Jack Tideswell’s parents died in a diving accident while exploring the underwater ruins of the ancient Pharos lighthouse. So Jack wants nothing to do with adventure. Until that is, a seagull delivers a strange disc, addressed to him in his own handwriting.

In the blink of an eye, all kinds of magic are let loose, sending Jack on a dangerous journey. Can he learn to navigate time before it’s too late to save the one person who can help him unravel the secrets of the disc?

Whether he likes it or not, there’s no more hiding away. And no looking back. Especially when Alpha is watching. A wolf who sees all there is to see …

‘A wonderful mix of magic and reality that reminds me of the early books in the Harry Potter series.’ The Bookbag

So what did we think?

It was a super book, full of excitement and adventure that is a great read for children and adults alike.  And it reminded us to look for the magic in the world and to keep your heart open.

The author has beautifully written a wonderfully imaginative story, which we were enticed into from the first few pages and couldn’t wait to read more each night.  In fact, one night Ollie fell asleep while he was reading it and I just carried on, having to repeat it for him the following night.

There are lots of issues that are explored in the book which I think are issues that were handled sensitively and with empathy for children to understand and appreciate.

With lots of twists and turns along the way, I can totally understand why people are comparing it to Harry Potter and if this book was made into a film, we’d be at the cinema like a shot!  I think this is a book that could get people, and certainly children who are not massive readers to be enticed and totally immersed into another world which is such fun to read.

Jack is such a great character, that children and adults will relate to and his bonkers Nan is fun to read too!  I wish this book was one I had, when I used to run a reading group at Ollie’s school because those children would have completely adored it.  Jenny is a wonderful storyteller and we’ll definitely be looking out for more from her.

There’s also a fabulous website which is brilliantly illustrated and you can explore and discover more at https://www.jslandor.com. 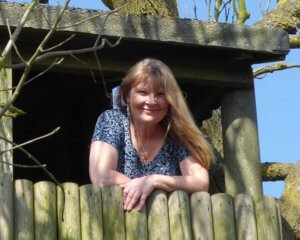 About Me (by the author)

I grew up in Luton, an industrial town famous for making hats. Dad was an engineer, Mum was Mum, and my little brother, Steve, was a big pest – and my best friend. Life was fairly ordinary. Until, one day, adventure called. We packed up our belongings in a crate and sailed on an ocean liner to Canada.

The crossing took a whole week, an epic voyage for a five-year-old. That amount of rolling sea is not easily forgotten! Nor the seagulls. Nor the slot machine that unexpectedly unloaded such a heap of coins I mistakenly thought I was rich. No surprise that years later the ship (or a fictional version of her) sailed right into one of my stories: The Mirror of Pharos.

As an eight-year old returning to primary school in Luton I was the odd one out. When my funny accent caused some teasing I felt sad and missed my old home in Toronto. But some great new friends soon came to the rescue. And by then I was a bookworm so half my buddies were characters in stories anyway!

After school I studied literature at university and edited a magazine called Magus (look out for that word in the story). Later I became a journalist, a farmer and eventually a publishing editor. But all the while another adventure was beckoning. Someone had whispered a secret to me on a school field trip when I was just seven. Looking back it shaped my destiny. It’s the reason I became a storyteller.

Don’t just take my word for how fab this book is, there are others on the blog tour too who I am sure are going to love it as much as we did! 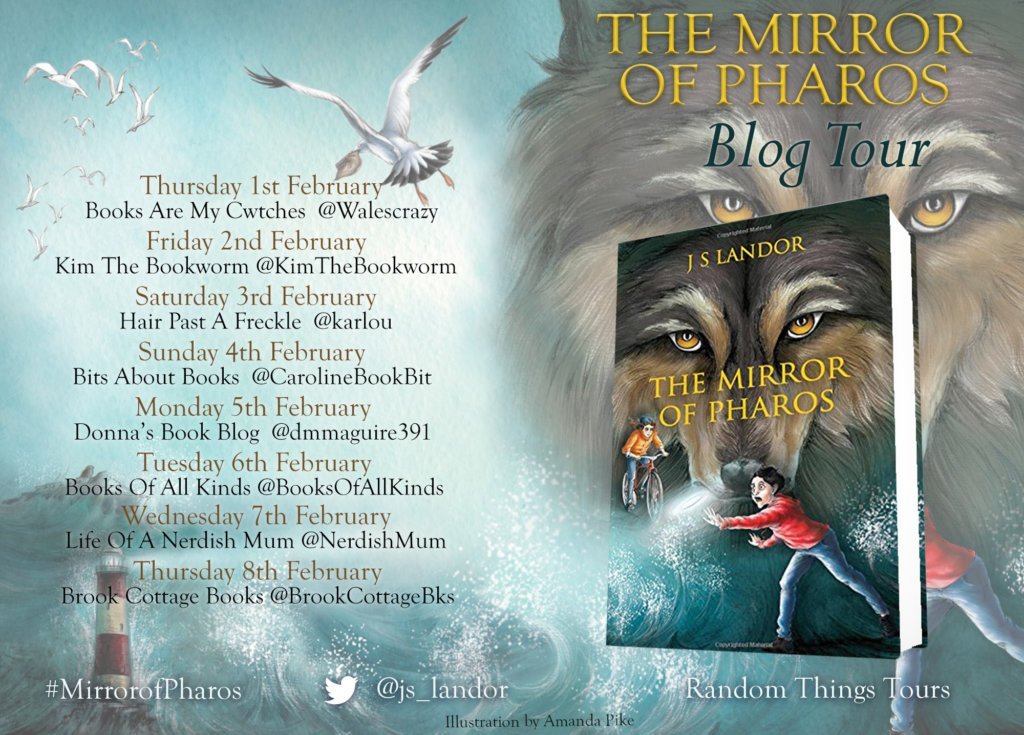